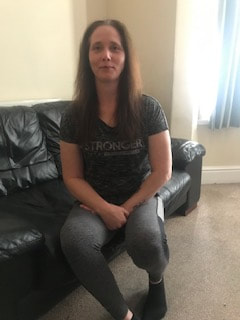 Justice at the High Court

Local grassroots charity “Compassion Acts” which is best known for running the town’s Foodbank, has been supporting a local family over the last 12 months with a legal challenge against the DWP.

Following a relationship breakdown, Sharon, a working Mum of  3 children was required to apply for Universal Credit.   She worked 16 hours a week at National Living Wage and was paid every 4 weeks.  As the Universal Credit system is designed to assess earnings across a calendar month, the DWP were underestimating her actual income each month.  This resulted in her falling short of the income threshold to avoid the Benefit Cap and she instantly saw her monthly Universal Credit payment reduced by £463 per month.  Had she been paid monthly, this reduction would not have been applied.

The Southport working Mum cared for her Gran who suffers with Dementia, did initially approach her Employer to request her income be changed to monthly but due to their payroll system, they were unable to accommodate this request.

As Universal Credit  had severely reduced her income, Sharon was forced to use the Foodbank to feed herself and her family.

Our team were on hand to support her and immediately raised this as an issue and challenged the DWP directly.  The team also contacted ‘Child Poverty Action Group’ (CPAG) for support and CPAG agreed with our Welfare Team that Sharon was being discriminated against and sought a Judicial Review through the High Court.

Sharon said “Given that I am working exactly the same number of hours and earning the same amount as somebody working 16 hours at national minimum wage who happens to be paid monthly I do not understand why my family’s budget should be subject to the cap. It is difficult to explain to somebody not in my situation just how devastating an impact it has had and continues to have.”

The Judicial Review took place on the 13 May 2020. The Judge, Mr Justice Garnham said “It would not be inconsistent with the overall UC scheme to devise an exception to resolve the problem.”

“It is a matter of basic fairness and justice. Sharon was doing the right thing, working part time to support her family” says Chair of the Trustees of Compassion Acts charity, Allan Salisbury “However she was unfairly treated simply because she was paid four-weekly. I’m sure this wasn’t how the policy was intended but its how its been applied.

“It’s a sad reflection on the system that there is a need for Foodbanks and the benefit systems are not sufficiently flexible to meet people’s basic needs.”

“We have a good working relationship with Southport Job Centre via our excellent Welfare Advice Team. The judgement is good news for everyone involved.”

In these extraordinary times, the charity is expecting a surge in Southport & Formby residents, who may be losing  jobs, in debt  or are unfamiliar with the benefits system. We are here for them to help and will help through the procedures. Simply contact us on 01704 264505 or for information www.compassionacts.uk/advice.

Please share this article with your friends and family!